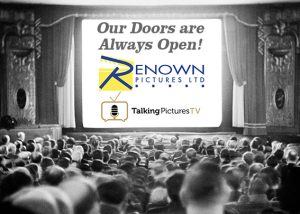 We wanted to reassure you that our cinema doors are open as normal! We understand that it might be difficult to get to the post box, but we are happy to take orders and payments by phone, so please call us on Freephone 0808 178 8212 or 01923 290555 and speak to one of us directly. We will do our best to turn the orders around quickly to be delivered safely to your doorstep. This means we can get your DVDs, box sets, books and other items on the way quickly to help keep you occupied while you stay safe indoors.

Meanwhile, we are trying a new weekly email idea to keep us all entertained! We will send an email once a week with some special offers, an article or two and …. The Renown Weekly Quiz! Do sign up by entering your email address into the box at the bottom of this page.

We would like to thank everyone for their understanding about our postponement of the 7th Festival of Film at St Albans; it is much appreciated and as soon as we have a new date we will be in touch. 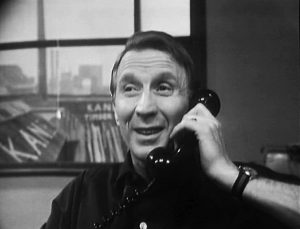 In this month’s newsletter we bring Frank Marker fans some good news as we have created a very special event in Windsor on Saturday 6th June 2020 and Sunday 7th June 2020 for fans to visit Frank’s abode, his offices and various locations from Public Eye plus other British film and locations, along with a quiz and lunch or dinner and a carefully curated walk with a limited edition souvenir brochure and badge and a great time to be had by all! More details on pages 8-9 but I do hope you will dust down your macs, dig out some comfortable shoes and join us for what promises to be a real ‘Public Eye’ event!

The 8th Festival of Film at Stockport Plaza is selling very quickly for Sunday 4th October 2020 as is the film quiz and afternoon tea or dinner the day before in Stockport. If you would like to join us, please do get your tickets quick, more details on page 24. If you’ve bought a ticket and are on your own, please do think about joining us for the quiz. It will be a very friendly event and we will all be there. Spaces are limited due to the venue capacity – so don’t delay!

Those of you who follow horse racing will have spotted our horse, Talking Pictures TV, winning at Catterick in February. It’s the best bit of advertising we could have hoped for and hearing ‘Talking Pictures TV’ on all the racing channels announced by the commentators should really boost awareness of the channel! This is the second win of her career and we are delighted! Which brings me to a plea once again for you all to please spread the word in your groups, it’s so important to keep gaining new audience members as more viewers = more in the pot to license more films and series for us all to enjoy. There is a cut-out poster included in this month’s newsletter on page 19, for you to pin up wherever you can – please do put it up at your doctor’s surgery, women’s group, chess club, bowling club, local hall – anywhere you can think of! 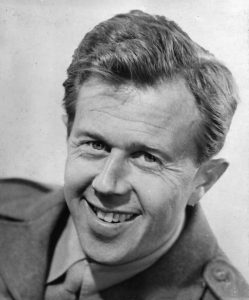 Sad news as we learnt recently that dear Michael Medwin at 96, has gone to the great cinema in the sky. We managed to quickly turn around a tribute to him on air with a screening of The Duke Wore Jeans the other week. He also appeared in four films on our screens over the last few days. It’s an honour to be able to keep the memory of these great British stars alive for future generations to come, something which is so very important.

This month Renown has released a collection of films, many of which were lost, in one of our popular box sets: A Rainy Afternoon at the Flicks, Volume II. Some real gems are to be found in the collection, all with optional subtitles, including You Will Remember (1941) about the life of Leslie Stuart played by a young Robert Morley in his third film role; Identity Unknown (1941), featuring Nyree Dawn Porter in her first film role and the haunting Thunder Rock (1942) starring Michael Redgrave and James Mason. We’ve put this collection together to try and recreate a traditional visit to the cinema with vintage adverts, shorts, B Features, A features and bonus features, finishing with a rendition of the national anthem from that period at the end, just £20 for all three discs. This newsletter is packed with other special offers as well, hopefully something to cater to all your tastes and to add to your collections.

There are some wonderful premières on the channel over the coming weeks including an exclusive interview with Stephanie Beacham on Thursday 19th March at 6:20pm; Turn the Key Softly (1953) on Saturday 21st March at 7:50pm starring Yvonne Mitchell, Kathleen Harrison and Joan Collins at the beginning of her career; Hitchcock thriller Sabotage (1937) on Friday 27th March at 4:10pm and new series OUT starring Tom Bell on Sunday 29th March at 12am continuing every week, plus many more –  enjoy!

Until next month, thank you as always for your continued support,

Wishing you all the best, Sarah, Noel, and Neill

A Rainy Afternoon at the Flicks

Recreating a good old-fashioned afternoon at the Flicks, with a short, a main feature, vintage adverts and the national anthem at the end! Highlights include a young Robert Morley in You Will Remember, Nyree Dawn Porter in her first film role and “Britain’s secret weapon” the delightful Chrystabel Leighton-Porter in The Adventures of Jane!

An intriguing spy thriller in which the hero agrees to act as decoy.

A young social worker imagines himself in Biblical times, meeting Jesus, and realises that the Holy Spirit is with him.

Come to London Zoo! A short promotional film made in the 1940s.

Based on the life of popular English composer Leslie Stuart, this musical biography follows his career in the British music halls.

One a Minute Made in the 1940s, this previously lost short looks at Gordon’s ‘wonderful’ inventions.

A feisty girl is led astray; first by her gold-digging mother, and then by a local con artist Denny. (AKA Tough Girl)

British drama about a journalist who, after trying to warn the public of the dangers of Nazism, moves to a haunted lighthouse.