DIGITALLY RE-MASTERED IN 2K RESOLUTION FROM THE EARLIEST EXISTING ELEMENTS.

The British inmates of a POW camp think they have an informer among them after several escape attempts fail. One of the prisoners makes a dummy which they christen â€œAlbertâ€ and use at roll call in order to foil the German guards. The film is based on a true story. Albert R.N. was a dummy constructed by John Worsley (1919-2000) in Marlag O, the prisoner of war camp in northern Germany for naval officers. It was used as a stand-in for a head count while a prisoner escaped and was used on two separate occasions.

Your last chance to own an important piece of British film and war history! 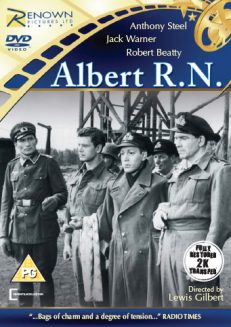