Dutch painter Jan-Van Rooyer (Hardy KruÌˆger) hurries to keep a rendezvous with Jacqueline
Cousteau (Micheline Presle), an elegant, sophisticated Frechwoman, slightly his elder, whose relationship with him had turned from art student into one of love trysts. He arrives and is confronted by Detective Police Inspector Morgan (Stanley Baker) who accuses him of having
murdered Jacqueline. This film was Bafta nominated. 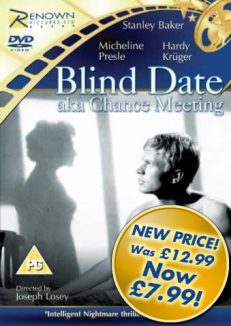