The story of an absent minded professor who invents a pen that will explode on the sound of bells, but being absent minded he leaves his invention in a taxi.

A melodrama adapted from a play concerning the neglected wife of a financially embarrassed business man. Attempted suicide, forgery, fights and blackmail all in four days! 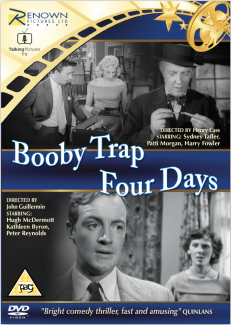