View cart “Book offer: Disney’s British Gentleman – The Life and Career of David Tomlinson” has been added to your cart.

Laurel & Hardy first appeared on screen together in The Lucky Dog, released in 1921. To celebrate 100 years of ‘the Boys’, a new book, Hard-Boiled Eggs & Nuts, has been compiled, with 100 articles, which include contributions from well-respected authors who have written about aspects of the career and lives of the much-loved comic duo, covering an array of topics. 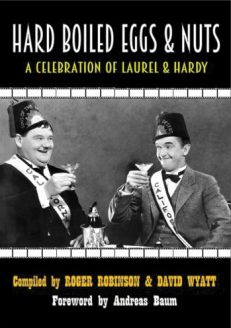