View cart “JOHN GUILLERMIN – NEW BOOK RELEASE!” has been added to your cart.

Among the 50 historic cinemas featured in this book are the Finsbury Park Astoria, the Maida Vale Picture House, the Shepherds Bush Pavilion, the West Ealing Kinema, the Woolwich Granada and Kilburn’s Gaumont State. Illustrated with 100 images, this well-researched and
informative volume will delight all who have fond memories of visiting some of London’s long-since vanished cinemas, as well as those that still remain in some form.

Through old photographs, programmes and advertisements, this book provides a fascinating look at the history of cinema-going in the suburbs of London during the last century. The Gaumont State on the Kilburn High Street designed by George Coles was one of the biggest auditoriums in Europe in its day. As well as film projection, many famous entertainers played concerts there too, from Gracie Fields and Petula Clark to The Beatles and David Bowie.

The Maida Vale Picture House opened in January 1913. A new Wurlitzer Organ was installed in 1927, ‘christened’ by the organist, Reginald Foort, on 5th September. The cinema operated until the war closed it in November 1940. Today the building is restored to Grade II listed building status.

The Shepherds Bush Pavilion housed a stalls area that seated 1,450 with a further 850 on the balcony. The proscenium was 70 feet wide and the stage 20 feet deep. The auditorium was decorated in Italian Renaissance style. The Pavilion remained a cinema and ‘live’ performance hall until 1983. In 2011 plans to build a hotel on the site were approved, which demolished the building, apart from the façade. 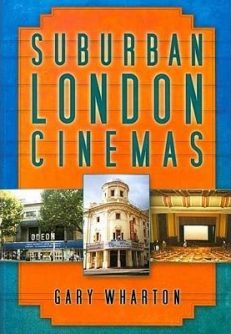