Budgie Bird is a born loser – a petty crook who clings to the fringes of Soho’s bent society. An incorrigible optimist, he has an eye for easy money, pretensions to the big time and a cornered market in failure. However, he bounces along – a snowball in Charlie Endell’s private hell, trying to be a blizzard…

Budgie’s Birds – a brand new featurette on the making of Budgie; Audio commentary on King for a Day Pressure Cookie – The making of Budgie, from 1971; 1974 Adam Faith interview with Russell Harty; Image Gallery.

OUR PRICE £30 with Free UK Postage 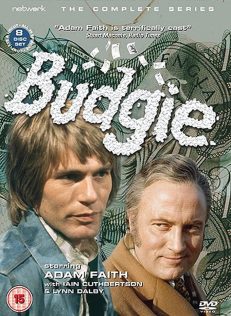