View cart “A Part Worth Playing Audio book, 8 CD Set, written and read by Derek Fowlds” has been added to your cart. 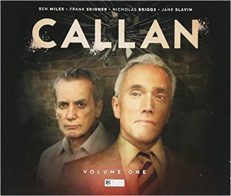