In December 1914, the great Charlie Chaplin signed a one year contract with the Essanay Film Manufacturing Company for what was then an unprecedented salary. Shooting in both their California and Chicago studios he made 15 films that firmly established him as the worldís favourite screen comedian.

Unlike other screen stars of the time, Chaplin retained complete creative control over his films, from writing and directing, to choosing his cast. While this led to his relationship with Essanay growing increasingly strained, this fruitful period of his career saw him evolve his style, resulting in seminal works such as The Tramp, The Bank and The Champion.

A Burlesque on Carmen (1951, 35 mins): containing additional footage filmed after Chaplinís departure from Essanay. This version features a commentary by comedian Peter Sellers, which was used for the filmís British re-release.

Charlie Butts In (1920, 10 mins): short compilation of out-takes and alternate shots from Chaplinís 1915 film A Night Out.

Films include: His New Job, A Night Out, The Champion, In the Park, A Jitney Elopement, The Tramp, By the Sea, His Regeneration, Work, A Woman, The Bank, Shanghaied, A Night in the Show, A Burlesque on Carmen, Police!, Triple Trouble. 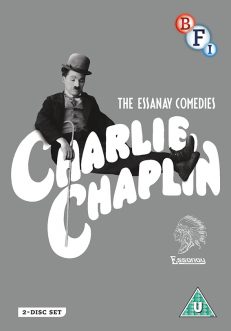