DIAL 999 The Complete Series on DVD

DIAL 999
The Complete Series on DVD

Overseen by legendary producer Harry Alan Towers, Dial 999 sees Maguire assigned to a wide range of cases as he observes how his British counterparts deal with everything from workplace pilfering to mail-train robberies, drug-smuggling and murder! Featuring hard-hitting scripts by Brian Clemens (as Tony O’Grady), this set contains all 39 original episodes.

Posted to New Scotland Yard in London of the late 1950s, Detective Inspector Mike Maguire deals with the gangs of London’s underworld, facing narcotics rings, underhand dealings in the racing world and escaped criminals. He finds himself up against criminals he previously dealt with in Canada and, in a murder case, almost becomes another victim. He investigates the deaths of three girls whose bodies are found in the Thames and, in another case, a robbery on the Edinburgh to London mail train. He also tracks down a gang who have stolen mail from a London to Glasgow train. He learns of a plot to assassinate an atomic scientist and also disguises himself as a tramp to track down a gang of Hertfordshire car thieves. At Tilbury Docks, he investigates the stabbing of a detective and follows a gang who have been conducting hold-ups to a barge on London’s Regent’s Canal. His cases lead him to any location where he can prevent crime and track down criminals. Many scenes were shot at Elstree Studios, but the large budget given to the show allowed for extensive location scenes in the streets of London and other provincial British cities. The series was made with the co-operation of Scotland Yard and utilised police methods of the time.

Made with the co-operation of the citizens of London and the Metropolitan Police. 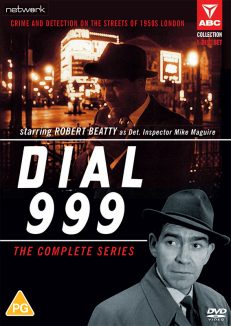