Film at War Volume One

War in all its forms is presented in this four-DVD set. Gordon Harker is willing to risk his life for his country in Warn That Man, a comedy with a nail-biting plot. Compassion and courage are equally mixed in the moving The Hasty Heart, with Richard Todd playing a young Scottish soldier who does not know he is dying, with varying reactions from patients on his ward. Marius Goring and Maria Schell play doomed lovers in the romance So Little Time. In The Man from Morocco, Anton Walbrook is a dashing internment camp escapee determined to save his lover.

At the height of World War II, the Germans discover that a certain important British personage is due to stay at Lord Buckley’s country estate. They devise a plan of subterfuge and brute force with the intention of kidnapping Lord Buckley’s guest and taking him back to Germany…

Burma, 1945; a group of Allied soldiers languish in a military hospital, each man longing for the day he can return home. When told they will be joined by a young Scot who – unbeknown to him – has only weeks to live, they react with a mixture of compassion and trepidation.

When war clouds burst over Europe for the second time in a generation, the Belgians once more suffer the humiliation of occupation. Madam de Malvines and her daughter Nicole find their chateau outside Brussels partially requisitioned by Colonel von Hohensee, the local German commander.

THE MAN FROM MOROCCO

At the end of the Spanish Civil War, a dispirited band of volunteers from the International Brigades seek refuge in France. On reaching the frontier the band is disarmed, detained and sent to Morocco to work on the Sahara railway for the Germans. 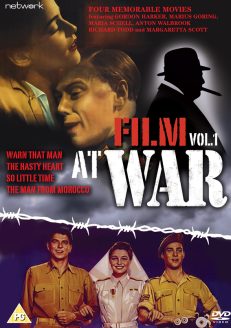