From the BFI: THE MINERS’ CAMPAIGN TAPES DVD

From the BFI:
THE MINERS’ CAMPAIGN TAPES DVD

Fight. Organise. In 1984 a group of independent film and video makers decided to show their support for the miners strike using only tools they had available: their cameras. On the picket lines, at the marches and in the soup kitchens, they recorded the testimonies of striking miners, their wives and supporters, in a fight against the anti-strike propaganda dominating the mainstream media. A testament to solidarity and activism, the tapes tackle issues which still occupy us today: the right to demonstrate, police tactics, political double-speak, the role of the media. They are a crucial document of a cataclysmic episode in British history.

1. Not Just Tea and Sandwiches  2. The Coal Boardís Butchery  3. Solidarity  4. Straight Speaking
5. The Lie Machine  6. Only Doing Their Job?

Illustrated booklet with essays by Chris Reeves of Platform Films (discussing the making and distribution of the tapes), David Peace (author of GB84 and the Red Riding thrillers) and Julian Petley (co-author of Media Hits the Pits: the Media and the Coal Dispute and Shafted: the Media, the Miners Strike and the Aftermath). 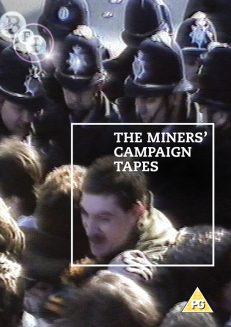 You're viewing: From the BFI: THE MINERS’ CAMPAIGN TAPES DVD £15.00
Add to cart