From the British Film Institute – British Transport Films Volume 14: THE ROAD AHEAD

Following the nationalisation of public transport in 1948, the British Transport Commission set up its own in-house film production unit. Launched on 1 May 1949, British Transport Films was led for 25 years by Edgar Anstey, a founding father of the British documentary movement, and became one of the largest industrial film units in Britain.

This 2-disc collection includes 14 newly remastered films, most of which have never been released on DVD before, including Railbus for the 80ís, Five in Millions and Speedlink: The Quiet Revolution. Also included on this release is a new score for Safe on the Track? by composer Mordecai Smyth. A fully illustrated booklet with new writing on the films by BFI curator and BTF expert Steven Foxon and post-war transport historian and enthusiast Stephen Edwards is also included. This digitally remastered collection is a must for the transport enthusiast and the documentary aficionado alike. 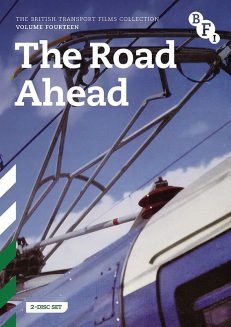 You're viewing: From the British Film Institute – British Transport Films Volume 14: THE ROAD AHEAD £15.00
Add to cart