All 26 episodes of the groundbreaking British television series, loosely based on the novel by H.G. Wells and produced by Ralph Smart. Scientist Peter Brady (voiced by Tim Turner) has developed a formula that turns him invisible, but is unable to develop an antidote. While trying to cure himself of his invisibility, Brady agrees to undertake top secret missions for the government. 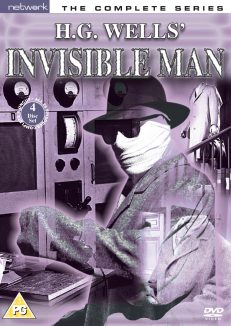