I Lived With You

Maurice Elvey the most prolific British director of all time, directed this 1933 Twickenham Studios production. The director is a story himself, having runaway from his home in Stockton to work on the streets of London aged… nine. Co-written and starring Ivor Novello, writer of over three hundred songs including, â€œKeep the homefires burningâ€. It`s a story of a pennyless Russian prince in London, who is befriended by Ada (Ida Lupino). Ada takes the prince home to live with her middle class family. One of Jack Hawkins` first films. 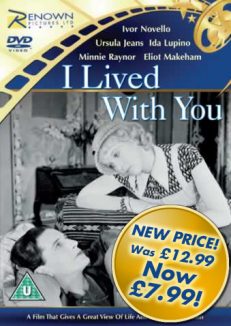