I See A Dark Stranger

I See A Dark Stranger

A tense British espionage thriller, set in Ireland and the UK during World War II. Fiery Irish republican Bridie Quilty, (Deborah Kerr), has been inspired by her nationalist father to hate the British. On her 21st birthday, she leaves her village and heads to Dublin to join the IRA but is unsuccessful. Instead, she unwittingly falls in with German spy Miller,  (Raymond Huntley), who recruits her and finds her a job working in a sleepy English village pub near a military prison.  When British Officer David Baynes,  (Trevor Howard), arrives in the village he falls for Bridie. Together they uncover a German plot to undermine the Allied efforts at a critical point of World War II, causing her to question her hatred of all things British!! 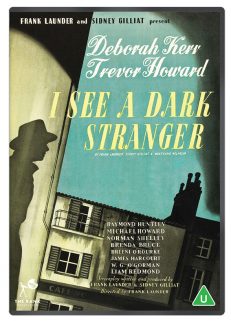