View cart “INTERPOL CALLING The Complete Series 5-Disc Box Set” has been added to your cart.

Interpol Calling was a 1959 British television crime drama series. The programme followed the adventures of Interpol policemen Duval and Mornay as they fought international drug-running, homicide, robbery and forgery. When Interpol’s Inspector Paul Duval is on the case, international criminals are on the run. Tracking his targets from searing sand dunes near the equator to icy peaks at the ends of the earth, the unstoppable investigator risks his life daily in a global race against time. 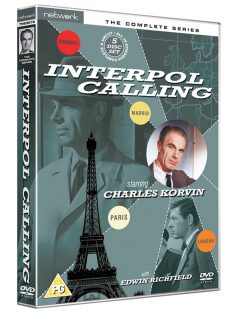