JACK THE RIPPER with Stratford Johns & Frank Windsor on DVD

JACK THE RIPPER
with Stratford Johns & Frank Windsor
on DVD

The Complete Series WITH OPTIONAL SUBTITLES

One of the most thorough investigations into the case of Jack the Ripper seen on TV. Stratford Johns and Frank Windsor re-examine the unsolved case, trawling through the archives in an effort to uncover the true identity of the killer. This six-part TV drama attempts to unravel all the conspiracy theories and contradictory information that confronted the police during their original investigation. Interspersed with dramatised documentary-style scenes set in the 19th century, they examine suspects and theories and also delve into the lesser known suggestions, including the Royal conspiracy. 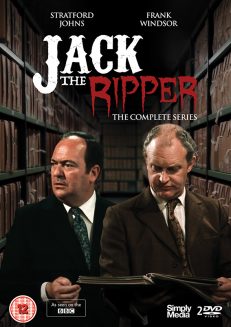