Directed by Terence Fisher, this 1957 production filmed at Southall Studios tells the story of tough, hard drinking newspaper reporter Crosbie, (Pat O`Brien) who loses his job and his wife after one bender too many…

Learning his son needs an expensive operation, Crosbie goes to ask for his job back only to discover his ex editor has been murdered. How can he save his son? 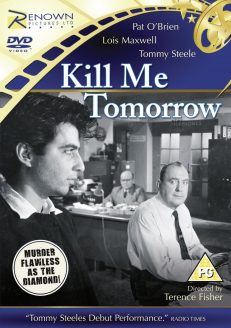 You're viewing: Kill Me Tomorrow £7.99
Add to cart