View cart “Svengali” has been added to your cart.

A taught thriller, made in 1979, from Jonathan Demme, acclaimed director of Silence of the Lambs, starring Roy Scheider (Jaws, The French Connection) as Harry Hannan, an ex-government agent fearing for his life and unable to trust even his closest friends after the violent death of his wife. Infused with the spirit of Alfred Hitchcock and featuring outstanding performances by John Glover, Christopher Walken and Charles Napier, Last Embrace is a stylish, edge-of-your-seat experience that you will never forget. 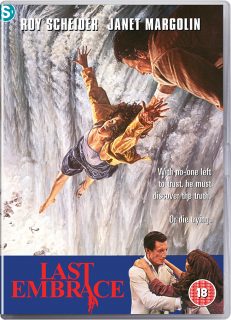