View cart “Don’t Ask Me!” has been added to your cart.

Signed By The Author.

It’s been one of the best-kept secrets in British film history, but now it can be
revealed that Merton Park studios was used by some of the biggest names in the business from actors such as Peter Sellers, Michael Caine and Rita Tushingham to directors such as Lindsay Anderson, Joseph Losey and Joan Littlewood.

Perhaps the biggest name in the British film business, J Arthur Rank, started his career here. And can it be true that Walt Disney made a film at Merton Park and that Joseph Stalin’s favourite film has a connection with the studio? One of Merton Park’s films even had a royal premiere.
Signed by the author, Clive Whichelow, a freelance journalist and comedy writer. Clive has written for Rory Bremner, Jonathan Ross, Spitting Image and many others as well as for the Mail on Sunday, the Daily Express, the Mirror and various magazines. Clive has also published a number of humorous books. 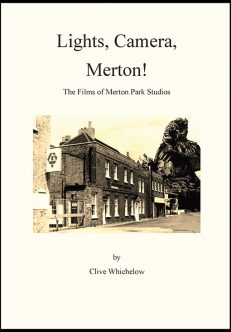