Jerry Sandford has been playing the provincial theatres most of his  life. But when he gets a chance to make it in the big time, Jerry rushes off to London! However, when he arrives in the West End,  he realises that the streets of London are not all paved with gold and he has to settle for life as an understudy to the headline act. Undaunted, his daughter Peggy decides to take matters into her own hands to give Jerry his big break, with hilarious consequences!

London Town was Britain’s first major Technicolour musical and is part of British film legend. Financed by the Rank Organisation in 1946 and filmed at “Sound City Shepperton,” the film is a lavish technicolour feast with big stage productions, despite the rationing and shortages of materials at the time. 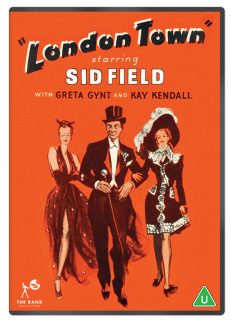