Lulu Belle (Dorothy Lamour) sings in a cheap dive in Natchez, Mississippi in the early 1900`s when she meets rising young attorney George Davis (George Montgomery). He gives up his fiancÃ©e and career to marry her.

When his money runs out, they head to New Orleans where Lulu goes to work in a club run by tough gambler Mark Brady (Albert Dekker). George, in a fit of jealousy, attacks a man Lulu falls for, and ends up in prison.

Featuring the songs Sweetie Pie, I’d Be Lost Without You, Ace in the Hole, and Sweetheart of the Blues. 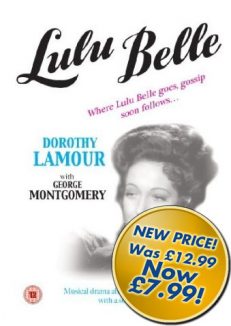