Cynthis (Harriette Johns) hires private eye Slim Callaghan (Derrick de Marney) when her Uncle changes his will in her favour….she says. When Slim finds out her uncle is already dead, he switches his suspicions from the three former beneficiaries to Cynthis herself – but finally tags Cynthis`s fiance (Robert Adair)
as the killer…..

Based on the Peter Cheyney novels and a stage play by Gerald Verner. 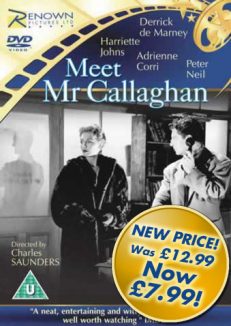