This DVD follows the revival of the British rock‘n’roll genre through a weekend pilgrimage of Teddy Boys, Rockabilly Rebels and Rockers. Bands performing include Bill Haley and the Comets, Crazy Cavan & the Rhythm Rockers, Matchbox, Flying Saucers, Freddie Fingers Lee and Ray Campi and his Rockabilly Rebels.

The footage combines with material recorded at a 1979 rock‘n’roll weekender featuring bands and people following the scene with Teddy Boys, motorcycle greasers and rockabillies. Filmed at Caister, Great Yarmouth and at the Royalty Ballroom Nitespot, London, where devotees of 1950s rock‘n’roll, dressed in drainpipe trousers and jive skirts with swirling petticoats, enjoy a weekend of concerts and nostalgia. The film is full of 1950s characters, dancing to music their parents would have enjoyed! This seaside revival vibrates with the joy of the jitterbug, winklepickers and beehives! An energetic and nostalgic trip down a musical memory lane. 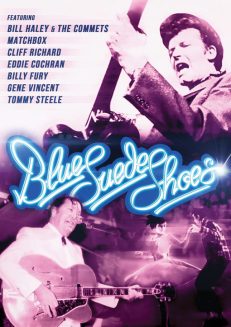