A collection of films made at Nettlefold Studios, Walton. Including a special celebration of British Pioneer Filmmaker Cecil Hepworth and the studios.

Sheepdog Of The Hills (1941)
Running time: 72mins. Directed by: Germain Burger. Cast: David Farrar, Philip Friend, Helen Perry, Dennis Wyndham, Jack Vyvyan, Arthur Denton, Philip Godfrey, Johnnie Schofield. Collington is troubled with sheep-stealing and the local preacher is in love with a girl who wants to marry another. This story will keep you hooked until the end. 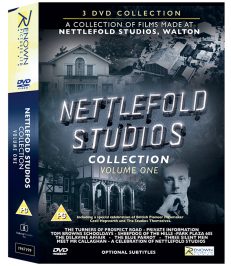