OUR DAY OUT A Play of the Week on DVD

OUR DAY OUT A Play of the Week
on DVD

Our Day Out is the hilarious, chaotic tale of a group of teenagers let off the leash for a day’s outing to Conwy Castle in Wales. Stopping off at a cafe, a zoo, the beach and a funfair, they take every opportunity to bicker, dawdle, cajole, steal and go missing.

Filmed on location with a cast of untrained child actors, it’s an exuberant celebration of the joys and agonies of growing up and being footloose, 14 and free from school. However, it also portrays the bleak lives of under-educated kids from the backstreets of Liverpool. This tender comedy was directed by BAFTA winner Pedr James (Our Friends in the North). Willy Russell, ) Educating Rita, Shirley Valentine, Blood Brothers), wrote the screen play; he had taught at Tiber street school, one of the locations used in the film, and used his experiences of school trips as both pupil and teacher. It was later adapted as a stage musical and is still used as a school text. 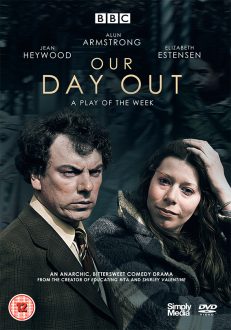