Throughout a career in theatre, television and film spanning over 75 years, actor Peter Vaughan has kept in mind a piece of advice given to him by his father: “Always see the ludicrous side of things”. This may come as a surprise to those who associate him mainly with menacing, even brutal characters, in everything from Sam Peckinpah’s Straw Dogs to Terry Gilliam’s Brazil. Many will have fond memories of his portrayal of ‘genial’ Harry Grout in the sitcom Porridge. He also appeared in No Hiding Place, The Punch and Judy Man, Smokescreen, Rotten to the Core, The Rivals of Sherlock Holmes, Zulu Dawn and The Remains of the Day, among many others. His final film role was in the fantasy drama series Game of Thrones (2011–2015), before his death in 2016 at the age of 93.

This autobiography describes his upbringing in 1920s Shropshire, his wartime exploits and early career in repertory theatres before finding fame on stage and screen alongside such notable figures as Celia Johnson, Tallulah Bankhead, Tony Curtis, Frank Sinatra, Tony Hancock and many more. Through it all, that awareness of the ludicrous perhaps helped to keep Peter sane and certainly contributed to the enormous enjoyment of the work which shines through in this honest and revealing account of his life. 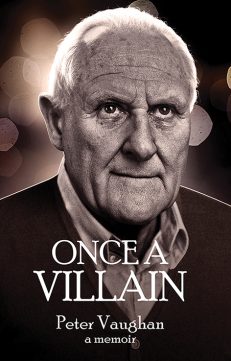