A film by Arnold L Miller

The sensational follow-up to London in the Raw, Primitive London sets out to reflect society’s decay through a sideshow spectacle of 1960s London depravity. Here, we confront mods, rockers and beatniks at the Ace Café, cut some rug with obscure beat band The Zephyrs, smirk at flabby men in the sauna and goggle at sordid wife-swapping parties as we discover a pre-permissive Britain still trying to move on from the post-war depression of the 1950s. Remastered from the original negative, this is essential viewing for anyone with an interest in the nation’s capital and its uncharted past. 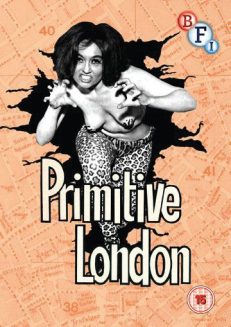