Continuing the BFI’s work of unlocking film heritage in Britain, this fascinating DVD collection brings together a selection of public information films, propaganda shorts and adverts from the BFI National Archive. The films offer advice and tips on how to support the war effort from home.

Originally shown in cinemas to British audiences during the Second World War, these films served to boost morale, covering topics which included rationing, staying healthy, how to grow vegetables, cooking tips and salvaging and recycling. These films were crucial to the British war effort and the campaign messaging has been much reproduced in modern advertising to this day. 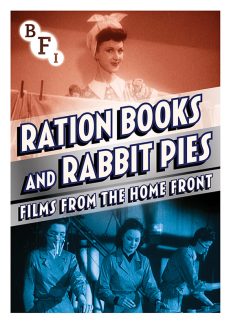