A TALE OF FIVE CITIES (1951) Directors: Montgomery Tully, Romolo Marcellini, Emil E. Reinert, Wolfgang Staudte, Irma von Cube and Géza von Cziffra. Stars: Bonar Colleano, Barbara Kelly, Anne Vernon. An Englishman has been working in the US for so long, he now speaks with an American accent. He is drafted into the British Army during WWII but is injured and loses his memory. After the war he travels throughout Europe, searching for the women he still remembers in the hope of restoring his memory.

A SOCIETY SENSATION (1918) Stars: Carmel Myers, Rudolph Valentino, Lydia Yeamans Titus. An early silent short on the trials and tribulations of falling in love. A wealthy society playboy falls in love with the daughter of a poor fisherman. Directors: Edmund Mortimer, Paul Powell.

THE HILLS OF DONEGAL (1947) Director: John Argyle. Stars: Dinah Sheridan, James Etherington, Moore Marriott. Eileen Hannay (Dinah Sheridan) is the singing star of an Irish operatic society but gives it up to marry Terry O’Keefe (John Bentley) who, we soon discover, is something of a ne’er-do-well. This was John Bentley’s first lead role in a long film career.

LOVE IN HIGH GEAR (1932) Director: Frank R. Strayer. Stars: Harrison Ford, Alberta Vaughn, Tyrell Davis. A young couple making plans to elope are overheard by a jewel thief, who sees a chance to turn the situation to his advantage. Last film of silent star Harrison Ford and his only talkie.

THOSE PEOPLE NEXT DOOR (1953) Director: John Harlow. Stars: Jack Warner, Charles Victor, Marjorie Rhodes. During the war, a titled family, object to their squadron leader son, being engaged to the daughter of a working class factory worker. Will love prevail? Writer: Zelda Davees (adapted from the play “Wearing the Pants”).

A YANK IN ERMINE (1955) Director: Gordon Parry. Music composed by: Stanley Black. Writer: John Paddy Carstairs (adapted from the novel “Solid! Said the Earl”). Stars: Peter Thompson, Jon Pertwee, Noelle Middleton, Harold Lloyd Jr, Sid James, Diana Decker. American airman (Thompson) inherits the lordship of an English village. Although he is initially reluctant, his fiancé (Decker) encourages him to accept it, after she hears how much the estate is worth. When he arrives in England with his two buddies (Pertwee and Lloyd Jr.), he falls for the daughter (Middleton) of the owner of the neighbouring estate – but she is also engaged to be married. Includes the song “Honey, You Can’t Love Two”, sung by Diana Decker and written by Eddie Pola and George Wyle. 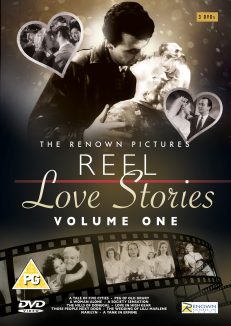