Ticket To Paradise (1961)
Director: Francis Searle. This previously lost story of romance between a travel agent and a tourist, is set in Italy and stars Emrys Jones, Patricia Dainton and Denis Shaw.

The Second Woman (1950)
Director: James V Kern. A mystery-suspense film shot in California. Starring Betsy Drake, Robert Young, John Sutton and Florence Bates, it tells the story of an architect whose fiancée was killed the night before their wedding.

Love From A Stranger (1937)
Director: Rowland V. Lee This thrilling drama was lauded at the time as a masterpiece of suspense. Based on an Agatha Christie story,  it stars Basil Rathbone,
Ann Harding, Bruce Seton and Binnie Hale. A lottery winner marries a fortune hunter who takes her to live in a remote cottage, where she begins to suspect and fear him. Produced at Denham Studios, with a music score by a young Benjamin Britten, reviewers praised the dramatic suspense and fine acting.

Penny Serenade (1941)
Director: George Stevens. Irene Dunne and Cary Grant star in this melodrama following the highs and lows of the life of a married couple who encounter both unexpected sadness and unexpected joy. The film depicts passing time through the playing of songs matched to the different time periods, including:
The Japanese Sandman, These Foolish Things, Just a Memory, Three O’Clock in the Morning, Ain’t We Got Fun and The Prisoner’s Song.

The Strange Love of Martha Ivers (1946)
Director: Lewis Milestone. Kirk Douglas made his debut screen appearance in this dark drama, starring alongside Barbara Stanwyck, Van Heflin and Lizabeth Scott. Childhood friends become embroiled in love and murder. Producer Hal B. Wallis discovered Kirk Douglas when he watched the actor in a play on the advice of Humphrey Bogart and Lauren Bacall and cast him in the film. 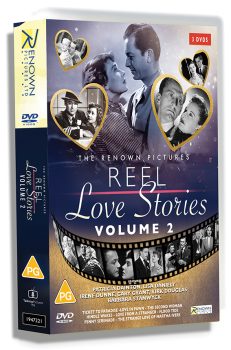