This 1955 Tempean Production was directed by Henry Cass and stars American`s John Carroll and Virginia Bruce. It was also produced by the prolific duo of Robert S Baker and Monty Berman.

In this romantic comedy, four children are seemingly orphaned and remanded in their Aunt and Uncle`s custody after their parents, renowned explorers, are lost. The proper English Aunt, a sensitive, dignified entomologist Laura Weeks (Virginia Bruce) is the sister of the missing mother; the Uncle, a playboy money-toburn and girl-chasing Texas oilman Jeff Longstreet, (John Carroll) is the brother of their father. Naturally, the disparate duo dislike each other at first… 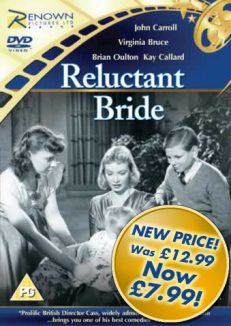