View cart “Joshua” has been added to your cart.

Classic Western from 1957. When lawyer Mitch Baker’s (Scott Brady) father is killed by gun-runners, he pursues the villains who escape into Mexico. Gang leader Jim Simmons, beyond the reach of the American law, is confident that his henchmen can get rid of Mitch but he’s mistaken… Mitch plays the waiting game in the border town of Mission, Texas, where he attracts the interest of Angelita (Anne Bancroft), a young Indian woman. The sheriff warns Mitch not to take the law into his own hands, but he’s determined to avenge his father’s death his way. 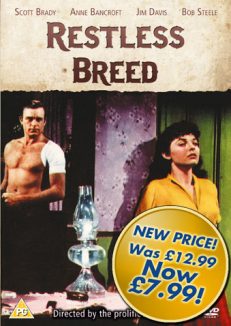