One of the most popular documentary series ever made, digitally restored and available on DVD for the very first time.

In 1976 BBC camera crews were invited on board Britain’s best-loved warship, the aircraft carrier Ark Royal, to record what was intended to be her last voyage. As the Ark Royal sailed for America, the cameras captured a unique record of daily life on board for the crew, as well as the workings of an operational aircraft carrier with a full complement of fighters, bomber aircraft and helicopters.

Sailor remains one of the best series ever made about the Royal Navy as well as providing a historic record of the passing of one of Britain’s greatest fighting ships. Also includes the follow-up programme: Sailor: Eight Years On – revealing the fate of the Ark Royal in the dock and catching up with crew members to discover how their lives have changed.

Winner of Best Factual Series at the 1977 British Academy Awards. 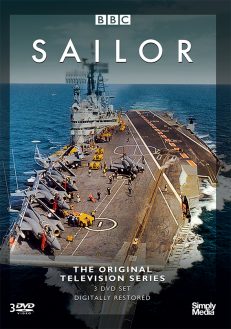