Devised and produced by Gerard Glaister (Colditz, The Expert, The Brothers), this award-winning series is a gripping, authentic portrayal of the lives of a Belgian resistance group and their German oppressors during World War II. The lead characters are based on people who really existed and many of the exciting storylines were inspired by actual events. The dramatisation was executed by a dedicated production team, who made this series unforgettable.

Lisa Colbert runs Lifeline, a resistance network whose members bravely risk torture and death by assisting Allied aircrew to evade capture and return home. The success of such lines has not gone unnoticed by the German High Command, leading Himmler himself to assign the feared Sturmbannführer Kessler to the Belgian capital to eradicate them once and for all.

The brave members of the Lifeline evasion network continue to undermine their German oppressors by assisting Allied aircrew to evade capture and return home. As Brandt and Kessler plan further infiltration attempts, an unexpected tragedy, a group of ruthless Communists and the emergence of a traitor cause further problems for Albert Foiret and his colleagues.

As the Allies advance from Normandy, victory for Germany is no longer certain. However, in Brussels the brave members of Lifeline attempt to continue their operations. Albert is targeted by the Communists in revenge for the death of Max leaving Monique with the responsibility for running the line. Meanwhile, Major Reinhardt comes closer than ever to the truth about the Candide. As the Allies reach Belgium, the greatest threat to Lifeline operatives is from their fellow countrymen, who believe them to be collaborators. 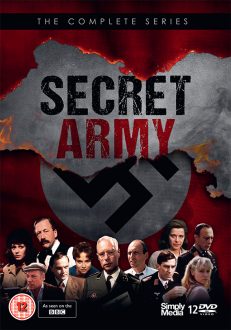