Restaurant owners daughter Dora (Zena Marshall) and press agent Guy, (John Witty) plan a concert to restore a bombed church but their plans are thwarted by a lawyer who has other plans.

The locals of Soho come to the rescue to make sure the show goes on. Also stars Syd and Max Harrison and Tito Gobbi. Incorporates footage from the 1948 Italian film Mad About Opera (Follie per l`opera)
for its climatic concert performance. 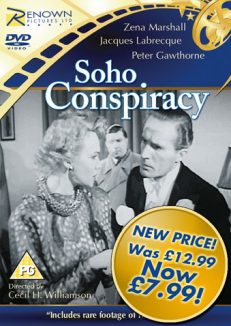