Sparrows Can’t Sing, stars Barbara Windsor in her BAFTA nominated role as Maggie. The kitchen sink classic was filmed in the East End on location in Limehouse, the Isle of Dogs, Stepney around the theatre in Stratford and at Elstree Studios. Cockney sailor Charlie comes home from a long sea voyage to find his house gone and his wife Maggie missing. There’s panic in Stepney; from the stalls in the street to the bar of the Red Lion, but his friends won’t tell him where Maggie is, because he is known to have a foul temper. 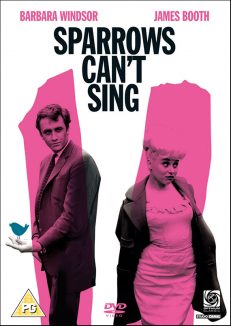