View cart “The Tiger And The Flame” has been added to your cart.

Betty Balfour returns in the role of â€œSquibsâ€, a character that made her famous in the silent film era. Directed by Henry Edwards co-founder of New Art Productions. One of the main stays of Twickenham Studios – made in 1935, in this Musical Comedy â€œSquibsâ€, (Betty Balfour) a cockney flower seller has a burgeoning romance with policeman (Stanley Holloway), but the tryst is threatened by the gambling of Squibs` Father (Gordon Harker). With the help of her friends and a lottery ticket… Squibs saves the day! 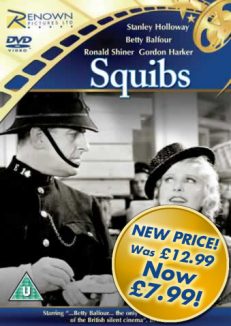