Subway In The Sky

Berlin provides the backdrop for this crime drama that centers on a military doctor falsely accused of dealing illegal drugs. Determined to prove his innocence, he escapes from the MPs and ends up holing up in the apartment his wife rented. He doesn’t know that she has sublet the flat to a nightclub singer. When he finds out, he begs the singer to assist him. She is attracted to him and agrees. The doctor believes that his wife is behind the black-market dealings, but in the end, they find the real culprit. ~ Sandra Brennan, All Movie Guide 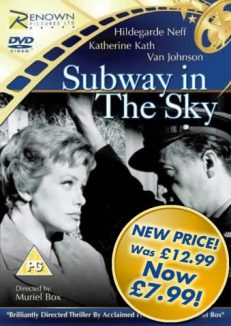