Written and Directed by: Lionel Jeffries

Near destitute after the death of her husband, a widow and her young children are approached by a mysterious elderly solicitor, Mr Blunden, who asks the family to become the caretakers of a derelict, partly fire-damaged country mansion. The family takes up the offer and shortly after moving into a small cottage on the mansion’s estate the youngsters meet a pair of ghosts, Sara and Georgie, two children who were killed in a fire at the mansion one hundred years ago. Can history be re-written? 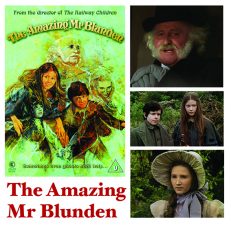