THE DAY THE MUSIC DIED: A LIFE BEHIND THE LENS By Tony Garnett.

Tony Garnett’s story begins in war-torn Birmingham where he movingly describes the trauma of his mother’s death. Nineteen days later, stricken with grief, Tony’s father committed suicide and Tony was sent to live with other family members. He eventually moved to London and was part of the counter culture scene in the swinging sixties. As an angry young man, Garnett fell in love, moved to London and threw himself into a career as an actor.He soon realised that his true passion lay behind the camera and he rebuilt a life in films, scoring success with groundbreaking productions including Cathy Come Home, Kes and This Life. Tony takes us behind the scenes of some of some of these famous productions, offering secrets and anecdotes, some moving and some amusing. He gives accounts of clashes with the BBC and film executives as he battles to make movies that were thought to be just too controversial to film. 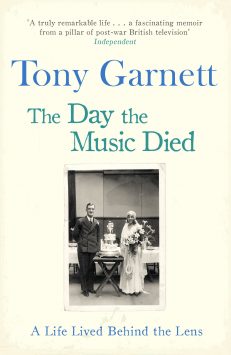 You're viewing: The Day The Music Died Tony Garnett (softback) £9.99
Add to cart