The Eagle Has Landed

The Eagle Has Landed

This Special Edition features two exclusive versions of the film. The first is an extended feature with over 15 minutes of extra footage for the first time on DVD, including new and extended scenes. The second version is the original theatrical feature, both providing thrilling entertainment.

When the Nazi high command learns that Winston Churchill will be at a country estate in Norfolk, it hatches a scheme to kidnap the Prime Minister and take him to Germany for enforced negotiations. Heinrich Himmler assigns Colonel Max Radl to mastermind the operation and enlists the aid of Colonel Kurt Steiner, who has been imprisoned for insubordination; Liam Devlin, an IRA lifer who hates the British, is also recruited. Plans proceed smoothly until the Germans are accidentally exposed; but Churchill is still at risk. The action and suspense are unrelenting in this thriller based on Jack Higgins’ best-seller. 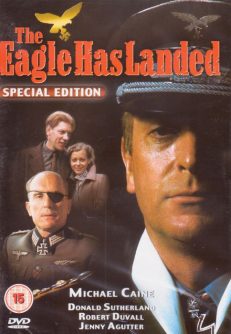