THE FIRST OF THE FEW on DVD

THE FIRST OF THE FEW on DVD

Leslie Howard produced and directed the film and also stars as R. J. Mitchell, the designer of the Supermarine Spitfire fighter aircraft. David Niven co-stars as a Royal Air Force officer and test pilot, representing the pilots who flew Mitchell’s seaplanes and tested the Spitfire. The film depicts Mitchell’s strong work ethic in designing the Spitfire and his death before the end of the war. One year after the film was released, Leslie Howard was killed when the plane in which he was a passenger was shot down by the Luftwaffe. The film contains historically significant footage that would have been lost to posterity, including Battle of Britain fighter pilots and aerobatic flying sequences. The title alludes to Winston Churchill’s speech describing Battle of Britain aircrew, subsequently known as the Few: “Never was so much owed by so many to so few”. 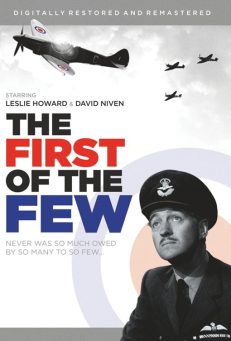