In 1941, a small group of I.R.A. men are engaged in planting bombs in London underground stations. Their leader, Terence, who has come to realise the senselessness and futility of violence, deserts and his brother Matt arrives from Ireland to take his place. After two of the men are arrested, Matt, believing that Terence betrayed them, goes back to Ireland and reports to the I.R.A. chief, Shinto and to a fanatical girl supporter who had been in love with Terence but now transfers her affections to his brother. Though Matthew escapes capture in London, his comrades-in-arms are captured by the British police. Both Terry and the IRA leader Shinto vow to free the men and take them to safety in the Republic of Ireland, but Shinto favours more violent methods than Terry. 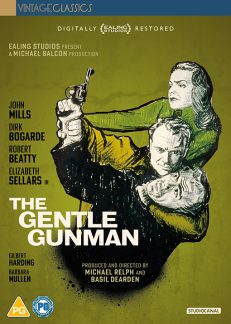