Richard Attenborough plays Jack Read, a working-class boy and the guinea pig of the title, who is given a scholarship to a public school, where he tries to gain acceptance from both classmates and teachers. The Guinea Pig was made in 1948, four years after the publication of The Fleming Report. The film has been remastered by the BFI, in High and Standard Definition.

Old School (1905-1987, 60 mins) British education as seen on screen, from Edwardian Board school parades to 1980s comprehensive kids getting to grips with GCSEs, with a century-spanning selection of rare documentary films from the BFI National Archive.

The Make-Do-And-Menders (1941-1945, 24 mins) The Ration-book world that was the background for The Guinea Pig – an assortment of archive oddities from the war years. 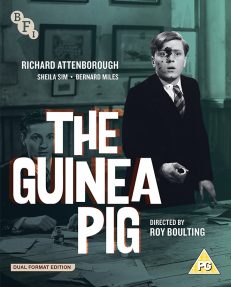