View cart “The Importance of Happiness: NOËL COWARD & the Actors’ Orphanage (Paperback Book)” has been added to your cart.

The Importance of Happiness:
NOËL COWARD & the Actors’ Orphanage

The Actors’ Orphanage was a home for the abandoned children of incapacitated or struggling actors, a harsh and brutal institution. Noël Coward, the playwright and cultural phenomenon, was looking for more meaning in his life. After each success, he would always ask… “What now?”

The Importance of Happiness, an inspiring true story, shows how Noël Coward and his committee of famous actors transformed the austere Actors’ Orphanage into a place of love and laughter. Using documents from the archives, we see how Noël fixed serious problems and ended a reign of terror within the orphanage. He created a rural idyll and led glamorous fundraisers, such as Theatrical Garden Parties, midnight matinees at the London Palladium, cabaret at the Café de Paris and charity galas at West End theatres. When World War II and the Blitz arrived the orphanage was evacuated to the United States. The New York years were a happy period for the children, as they put on a Broadway show and met stars such as Charlie Chaplin and Gertrude Lawrence. During the post-war years Noël struggled to make the orphanage solvent and successful once again. There were more problem children, monstrous staff and glamorous fundraisers before Noël could finally hand over the reins to his young protégé, Richard Attenborough.  This is a timeless story of altruism, family, love and home. 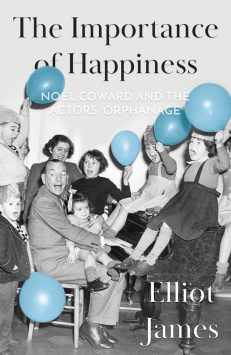 You're viewing: The Importance of Happiness: NOËL COWARD & the Actors’ Orphanage (Paperback Book) £14.99
Add to cart