The Lotus Eaters
The Complete First Series on DVD

To eat the fruit of the lotus is to lose the desire to return home, but everyone who does has a reason.

This classic series is a collection of nine self-contained episodes, telling the stories of different members of an ex-pat community on Crete. Each story is woven into the main plot about mysterious couple, Erik & Ann Shepherd.

• An exclusive interview with Wanda Ventham, in which she remembers the filming of the series and her co-star, Ian Hendry.

Shepherd’s Bar is a focal point for a group of expatriates living in and around a small town on the island of Crete. The bar is owned and run by reformed alcoholic Erik Shepherd (Ian Hendry) and his wife Ann, (Wanda Ventham). Both have murky pasts that they would prefer to forget. For Erik, temptation is never far away, and his faltering marriage provides little solace. He is a Korean war veteran invalided out of the British army after a nervous breakdown. He left England after being controversially cleared of murdering a young girl. Unknown to him,  Ann, is a ‘sleeping’ agent, who was instructed to marry him as a cover. Unfortunately, she has become genuinely attached to him, and trouble looms when her superiors decide to activate her for a mission.

The arrival of Englishman Donald Culley (James Kerry) causes something of a stir. He quickly wins over other members of the community, but he knows that Ann has a secret that could prove far more destructive than Erik’s drinking.  The attempts by Ann’s superiors to break her affections include sowing doubts in her mind as to whether Erik did, in fact, kill the girl in England. This dilemma is brought into sharp focus when another young girl is murdered, under similar circumstances. Culley realises that Ann won’t give up her life on Crete without
persuasion and threatens to tell Erik about her past, which will probably push him over the edge. 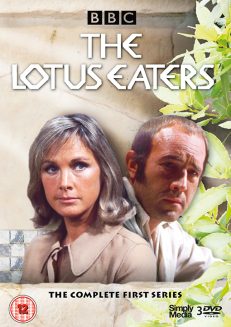