The Story of Shirley Yorke

This 1948 Nettlefold production was Directed by Maclean Rogers and stars nurse Shirley Yorke, (Dinah Sheridan) who must assist her boss Dr Napier, (John Robinson) the only person able of effecting a new treatment on the ailing wife of a British Lord. The woman dies and the finger is very strongly pointed at Sister Shirley, the main reason being because she and the Lord were former lovers. Later she is tried, and much damning evidence is presented against her. However, the doctor is not sure that she is guilty. Also stars Derek Farr and a good supporting cast including Charles Hawtrey. 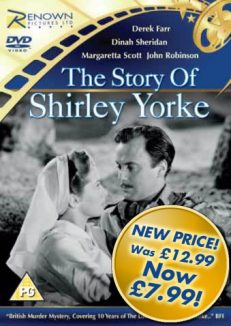 You're viewing: The Story of Shirley Yorke £7.99
Add to cart