This 1949 drama documentary tells the story of Derek Smith (Tinker), a gypsy boy who runs away to join a community of young boys training to become mine workers.  Tinker finds himself in a strange town where he makes friends with some of the children and begins learning the ways of the world. However, when a theft occurs, all fingers point to the poor gypsy boy and his newfound happiness is threatened. The story of his perseverance makes this a very interesting and moving social documentary.

Tinker was filmed on location in Easington, one of three coastal colliery villages along a 4-mile stretch of the East Durham coast, using mostly non-professional actors. The film is a poignant illustration of life in a mining community post World War II. Scenes showing the boys going down the mine for the first time are claustrophobic and realistic. Throughout the film, the colliery, its equipment, the pithead and its slagheaps, giant cranes and conveyor belts conspire to create a brooding atmosphere, due to the work of the brilliant German cinematographer Günther Krampf.  When first released, Herbert Marshall’s only social documentary made an unforgettable impression on viewers.

Herbert Marshall studied filmmaking in the Soviet Union in the 1930s. With his wife,  Alfredda Brilliant, he wrote the story for Proud Valley (1940), a stirring tale of Welsh miners. 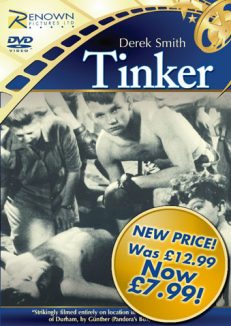